Turmeric has been hailed as a “wonder spice,” and rightly so in my view. It’s been used for thousands of years to enhance the flavor of meals in India, as a folk remedy in Ayurvedic medicine, and even as a dye to color clothing.

Today, scientists are discovering that this all-natural herb has anti-inflammatory properties that rival non-steroidal medications like Ibuprofen but without any of the side-effects (such as kidney damage or GI bleeding) that NSAIDs can cause. In a moment, I’ll share why I believe this wonder spice can be a powerful ally in treating depression. But first, a little background.

Turmeric is derived from the Curcuma longa plant, which is a member of the ginger family. More than 2500 years ago, the herb established itself as a mainstay in the practice of Ayurvedic medicine to treat a range of conditions from nasal congestion to skin disorders. Its healing effects were so potent that it was given the name Jayanti, which roughly means “one who is victorious over disease.”

Turmeric’s Versatility as a Healing Herb

The evidence keeps mounting — turmeric is one of the most versatile and beneficial medicinal herbs on the planet. Studies have shown that is both safe and effective when it comes to:

How can turmeric be so potent for such a wide range of conditions? The answer lies in the herb’s virtually unparalleled ability to increase antioxidant and anti-inflammatory capacity within the body. Turmeric is one of nature’s most effective free radical scavengers. It does so by delivering a powerful one-two punch — it turns on antioxidant genes while turning off inflammatory enzymes.

Turmeric counteracts inflammation in every body system. However, its neuroprotective effect is especially impressive. Inflammation in the brain can lead to a cascade of problems, including impaired hormonal regulation which can adversely interfere with the production of the “feel-good” neurotransmitters like dopamine and serotonin.

Recently, several studies have highlighted the promise that turmeric has for treating disorders like anxiety and depression. A groundbreaking 2013 study, published in the journal Phytotherapy Research, found that turmeric was statistically just as effective as Prozac when it comes to alleviating depression but without the side effects typically associated with antidepressant medications including weight gain, low libido, brain fog, liver disorders, suicidal thoughts, dry mouth, and memory impairment.

The research team summed up their findings by saying that this “is the first randomized clinical trial that clearly highlights that curcumin [turmeric] may be an effective and safe agent when used as a modality of treatment in patients of MDD [major depressive disorder].”

Commenting on these results, Roger S. McIntyre MD., explained that “curcumin [turmeric] does have an effect on several physiological systems that are implicated in the causes of depression.” These include:

Scientists believe that turmeric’s antidepressant properties are due to the fact that this compound works to promote optimal functioning in across a wide range of different neural mechanisms. As the psychiatric medical community becomes increasingly aware of how inflammation is implicated in every brain pathway that’s relevant to depression, the efficacy and significance of plant-based anti-inflammatory medications like turmeric should become even more apparent.

Plant medicines and the human body developed in tandem over thousands of years together. There is a wisdom in nature, which we modern humans often lose sight of. When we align ourselves with that natural intelligence, we have access to a whole new set of tools in our toolbox for maintaining our health and treating disease.

Natural remedies work because they are familiar. Humans and plants have been on this planet together for a very long time…and we have developed an entire network of molecular receptors that are specific for many of the biochemicals that are found in medicinal plants. As modern society leans away from nature and more toward synthetic pharmaceutical treatments for illness, it should come as no surprise that a new type of dis-ease has set in between us and our environment.

Depression may be just one manifestation of this disconnect between people and our planet.  Although they can certainly be useful, traditional antidepressants do nothing to address this issue and may even exacerbate the disconnect by masking symptoms over the short term, but doing little to address the root causes of depression over the long term.

I believe it’s long overdue for the psychiatric community to take a much closer look at turmeric, St. John’s Wort, Rhodiola and other natural plant-based remedies, which are capable of treating the root causes of depressive symptoms. 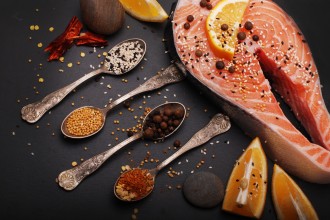 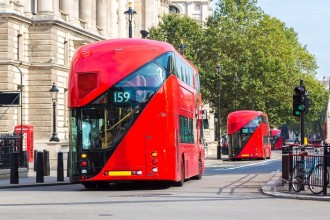 On the Back of the Bus 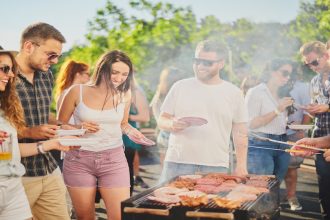 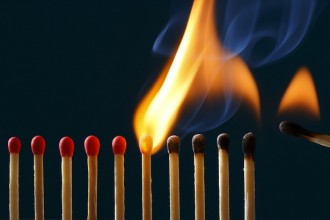