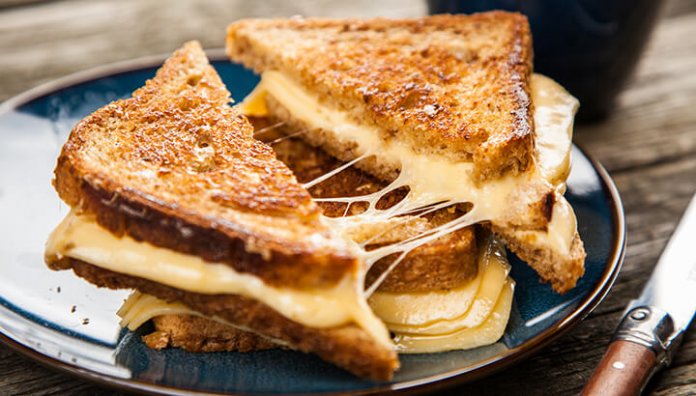 I saw a patient recently who proudly described herself a vegetarian. She came to me with a number of different medical problems…one of them is a condition that doctors call “morbid obesity.”

She was an animal rights activist and her dietary choices were based more on her animal rights concerns than her health.  As such, she was eating lots of bagels, drinking lots of soda, and consuming almost entirely processed foods. I had to explain that vegetarian diets are much healthier when they actually contain vegetables.

The benefits of a diet rich in fruits and veggies are well-established. However, just because you are consuming plant-based foods doesn’t mean you are eating healthy…and this young woman was a prime example.

A study recently published in the Journal of the American College of Cardiology found that eating unhealthy plant-based foods can increase the risk of heart disease. Although these findings might initially come as a surprise…remember, high-fructose corn syrup is a plant-based “food” but it is not exactly good for you.

Plant-Based Foods You Should Avoid

Unfortunately, the study inadvertently generated some misleading and perhaps confusing headlines like “Unhealthful Plant-based Diet Can Increase Heart Disease Risk.”  To clear up some of the confusion, it’s worth distinguishing between the types of plant-based foods that protect against disease and those that can undermine wellness.

To begin with, let’s look at some plant-based foods that are obviously not very healthy for you:

These unhealthy plant-based foods are all strongly correlated with increased risk of chronic disease like diabetes and heart disease. Corn syrup, for instance, is virtually devoid of nutritional value, which means that when you are consuming it you are pretty much getting nothing but empty calories and increased risk of disease.

Specifically, corn syrup is linked to metabolic disorders such as obesity, elevated blood sugar, and fatty liver disease. No wonder, then, that the JACC study found that consumption of heavily processed plant-based foods was highly correlated with cardiovascular disease.

The Right Kind of Plant-Based Foods

In contrast, when you consume organically grown whole corn you are getting a wide variety of beneficial nutrients including vitamin C, magnesium, potassium, and antioxidants like lutein and zeaxanthin.

Corn sometimes gets a bad rap, but that’s because the genetically modified corn that is made into syrup is a highly processed product that lacks the wide range of minerals and nutrients found in whole corn. Corn is a whole, healthy food.  Corn syrup is not.

Healthy plant-based foods are the ones on the perimeter of the grocery store…the ones that come directly from the earth, before humans take them to our food processing factories. These include:

My takeaway from the JACC study is straightforward. Not all plant based diet are created equal.  When you eat a real (i.e., unprocessed) plant-based diet you are working with nature rather than against it. For example, a meal of that contains legumes and vegetables is loaded with beneficial nutrients like fiber, amino acids, antioxidants, vitamins, and minerals that help keep your cells in good repair. And that same nutritious plant based meal means one less meat-based meal in your diet as well…and that is a good thing too.

In contrast, highly processed foods like refined grains and sweeteners are plant-based foods work against your metabolism. A Because they provide empty calories (with little nutritional value) people tend to overeat these foods. This raises both blood glucose and levels of lipids in the bloodstream, which increases the risk of cardiovascular disease, cancers, and metabolic disorders like fatty liver and type 2 diabetes.

Take your cues from nature…especially when it comes to plant-based foods. Food grown in a garden and prepared by a human rather than a factory will always be the better choice.