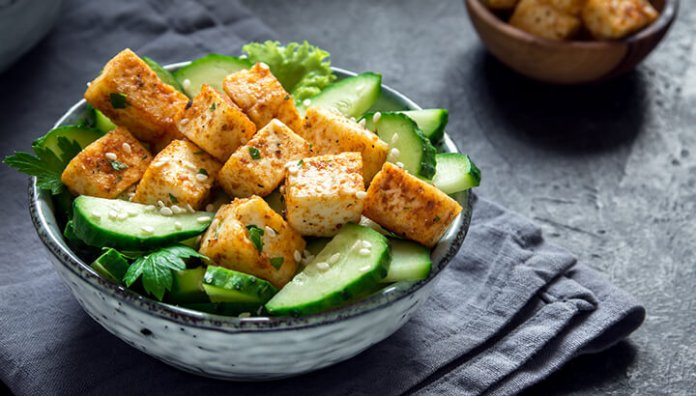 Weight-loss fads are a dime-a-dozen. But how many times does a new diet fail to produce long-term results? The answer is simple…almost always. New fad diets virtually never work in the long term.  But there is a simple, effective, and common sense method of shedding pounds without locking yourself into a dietary straightjacket. Does that sound too good to be true?

The truth is that there is indeed a sensible approach to weight-loss that is twice as effective as conventional low-calorie approach. This is not marketing hype or wishful thinking, but the conclusions of a recently published and highly respectable study published in the Journal of the American College of Nutrition. The data demonstrated that people who eat a vegetarian diet manage to be almost twice as successful when it comes to losing weight as those who follow a more conventional low-calorie diet.

These findings help shed light on both weight-loss and general health, so I believe it’s worth examining them a little closer. The study involved 74 people who suffer from type 2 diabetes. Half the subjects were given a conventional anti-diabetic diet while the remainder followed a vegetarian menu that included veggies, fruits, legumes, grains, and nuts.

Both groups consumed the same number of calories per day, but the vegetarian dieters lost on average almost twice as much weight as their counterparts. However, that was hardly the only intriguing discovery the researchers made. Using advanced magnetic resonance imaging, for instance, the researchers found that subfascial and intramuscular fat was significantly reduced in individuals who followed the vegetarian diet protocol compared to the control group. Trimming the animal-derived foods out of the diet really delivers.

These findings are incredibly important to the patients I see. Today, 70% of the American public is overweight or obese. There are many reasons for this startling statistic. It has long been known that part of the problem is that people are simply consuming too many calories and not doing enough physical activity. But way too many of those calories are coming from animal derived sources like meat, poultry, and dairy products.

Patients ask me all the time: “How much meat should I be eating?”  My usual response: “Less than you do now!!!”

By the way, a quick look at how animal protein impacts your metabolism and cellular processes can help explain why a vegetarian (or low meat) diet is so effective when it comes to weight loss. To begin with, the body has to convert food sources into glucose, which is the fuel that cells need to live. However, to get glucose from the bloodstream into your cells depends upon insulin, which acts like a kind of “key” that opens the cells and allows the glucose to enter.  When you consume lots of meat… the fats block the insulin receptors so that the lock gets jammed.  As a result, the insulin can not open the doors on the cells so the sugar accumulates in the bloodstream, and cells do not receive the fuel that they need. This is why diabetes is often referred to as a disease of “starving in the midst of plenty.”

Here’s my takeaway– the quality of the foods you eat matters as much as the quantity. High concentrations of animal-derived foods and processed foods in the diet will add calories and contribute to metabolic disorders including obesity, cardiovascular disease and type 2 diabetes.

On the contrary…real, whole, plant-based foods keep your metabolism functioning as optimally as possible and decrease the number on the scale and all of the health risks that go along with it.