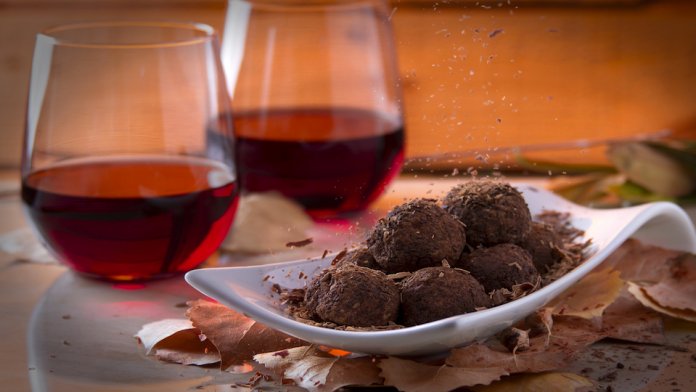 The landscape of pharmaceutical research results for Alzheimer’s treatment is littered with failure. In fact, 99.6 percent of all Alzheimer’s treatments which underwent testing between 2002 and 2012 did not make it through human clinical trials. The NHS spends about 480 million dollars per year on Alzheimer’s research, and researchers from all over the world are scrambling for a breakthrough. We are all still waiting. Thankfully, there are some things you can do now to protect your brain and keep it firing on all cylinders…

Here is a sad fact, over 5 million Americans have been diagnosed with Alzheimer’s. Not just that, 10,000,000 people struggle with severe dementia and Parkinson’s, and even more with age-related cognitive impairment often exacerbated by lifestyle and environment.

Sounds like a party for sure, but research shows that a diet high in flavonoid-rich foods helps improve thinking skills. Researchers followed 2,031 participants aged 70 to 74 and found that people who consumed chocolate, wine or tea had better scores on cognitive tests and lower rates of poor cognitive performance. Not surprisingly, those who ate all three foods had the best scores of all. The best scores were found when participants consumed 10 grams of chocolate and 75-100 ml of wine daily.

Tea is loaded with powerful antioxidants

People in the far east are familiar with the multitude of health benefits that come with drinking tea. It appears as though the rest of the world was also quick to catch on to these delicious benefits, as it is the second most widely consumed beverage in the world, following water. Green tea is loaded with antioxidants that quell inflammation which plays an integral part of many serious diseases including heart disease, cancer, diabetes, and Alzheimer’s.

Resveratrol in wine and chocolate is a winner

Resveratrol is a protective compound found in plants that acts as an antibiotic, fighting off bacteria and fungus. It is found in grapes, cacao, raspberries, blueberries, cranberries, and mulberries. It is also found in pine trees, peanuts, and Japanese knotweed.

Research shows that resveratrol which is found in both wine and chocolate can neutralize the toxic impacts of proteins connected with Alzheimer’s disease.

An interesting study published in the Journal of Biological Chemistry found that resveratrol can selectively target and neutralize groups of dangerous proteins and peptides linked to Alzheimer’s while leaving alone those that are benign.

Fasting your way to a healthier brain

Overeating and obesity are risk factors for a number of diseases including cognitive impairment in older individuals. Research shows that cutting down calories helps to protect brain neurons from dysfunction and death.

When the body is in fasting or dietary restrictive mode, it stimulates the expression of ‘stress proteins’ and neurotrophic factors that protect neurons by ramping up the production of proteins that fight oxidation and free radicals.

Although it may sound difficult, intermittent fasting is not all that difficult. Most fasting plans cut about 25% of normal calories by limiting the eating window each day or alternating between fasting days and eating days.

According to a study involving more than 30,000 people from six countries, middle-aged or older people who receive six to nine hours of sleep at night think more efficiently than those who sleep fewer hours or more hours.

Five standard tests that involved immediate recall of a list of words, delayed recall of the word, forward and backward recall of long lists of numbers, verbal fluency test where they listed as many animals as possible without repetition and the use of proper nouns or descriptors.

Good sleep allows the brain to remove trash. During sleep, the brain works ten times as hard to remove the toxic proteins, including the ones responsible for Alzheimer’s damage. If you don’t sleep well, or long enough the brain is unable to remove dangerous plaques.

So, there you have it. Drink tea and wine, eat less and sleep more for better brain health!