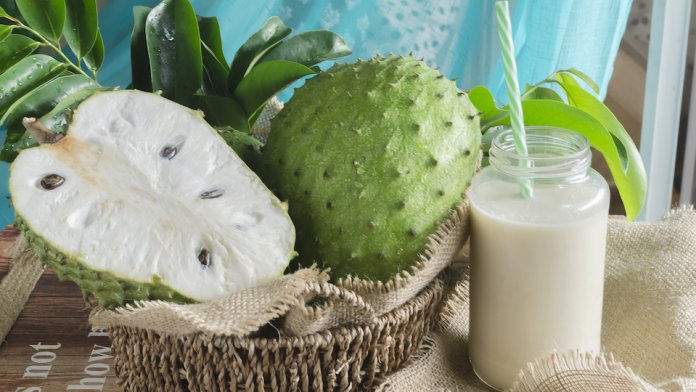 The World Health Organization tells us that cancer is the second leading cause of death on planet earth, taking 9.6 million lives in 2018 alone. With these skyrocketing rates of cancer, many are turning to natural cancer-fighting remedies to keep healthy. Soursop tea is just one example, but does it really pack the cancer-fighting punch that many claim? A closer look reveals that this is indeed a powerful elixir.

Native to the tropics of North and South America, soursop is a tree that is well known for its fruit and leaves. Also known as graviola (Annonaceous muricata L.), this Amazon fruit tree may also be called guanabana in some parts.

Described as a cross between a mango and a pineapple, the delicious fruit from this tree is often used in ice cream, custards, and drinks while its leaves hold powerful medicinal properties.

What is soursop tea?

The plant leaves have a long history of being used as an alternative treatment for cancer and can be enjoyed as a tea. Researchers from around the world have been studying the promoted cancer-fighting properties found in soursop tea for some time, and the results have been pretty amazing.

What research has uncovered about soursop tea and cancer

Published scientific studies show a very strong potential for the ability of soursop tea to fight cancer. Here is what you should know:

The leaves of the soursop tree contain acetogenins, which fight cancer cells while leaving healthy cells alone. This is huge considering that conventional cancer treatments damage both cancer cells and healthy cells, putting tremendous strain on the body.

Here are some research results for the impact of soursop tea on specific types of cancer.

In addition to its ability to tackle cancer, soursop contains additional powerful therapeutic properties, as demonstrated below.

Protect your homegrown produce with soursop

If you have a garden where you grow your own food, soursop leaves may protect your produce from insect damage. A 2006 study found that soursop leaves are toxic to snails and brine shrimp. In addition, Annonacins in soursop are effective against Egyptian cotton leafworm, Colorado potato beetle and green peach aphid.

Brewing your own soursop tea

One way to enjoy all of the benefits of soursop is to brew a delicious cup of tea.

To make the tea

According to  the Memorial Sloan Kettering Cancer Center, you should not consume soursop if you:

Note: Speak with your doctor before consuming soursop tea or extracts for fighting cancer.