I think the arguments against including cheese in your diet have a lot of holes in them (if you’ll forgive a rather cheesy pun). Dr. Neal Barnard just released a book entitled, The Cheese Trap: How Breaking a Surprising Addiction Will Help You Lose Weight, Gain Energy, and Get Healthy. This book points a finger at cheese and labels it as public health enemy #1. In doing so, Dr. Barnard vilifies a food that people have been eating and loving for thousands of years.

Cheese is Getting Compared to “Crack” (Is It Really Addictive?)

Dr. Barnard is not one to hold back. In his book, he explicitly calls cheese “dairy crack.” I’ll explain what he means in a moment, but first, here’s sentence from his book that pretty much sums up his sour take on cheese. He writes that it is: “Loaded with calories, high in sodium, packing more cholesterol than steak, and sprinkled with hormones — if cheese were any worse, it would be Vaseline … Some foods are fattening. Others are addictive. Cheese is both — fattening and addictive.”

Just like most hyperbole, there are some shreds of truth in Dr. Barnard’s statements… but I believe his verdict is overstated, goes too far, and is not supported by the evidence. In terms of the addictive potential, Dr. Barnard is referring to the presence of a naturally-occurring protein called casein, which is found in cheeses and other dairy products. When casein is digested by the enzymes in the GI tract, it can be transformed into casomorphins, which act like natural opiates. The idea that Dr. Barnard espouses is that those casomorphins carry addictive potential just like the opiate drugs that are wreaking havoc all over the country. Like I said… overstated.

All milk products contain casein to some degree. Undoubtedly, most of the foods we enjoy (and sometimes crave) — from chocolate to pizza to ice cream — have compounds that can make you feel good. But naturally-occurring mood enhancers are not necessarily bad or clinically addictive. As neuroscientist Peter Kalivas explains, headlines linking cheese to crack are misleading because, “addictive drugs do things that food doesn’t do that make them more addictive. To put [cheese] on par with something like cocaine is pretty inflammatory.”

Lots of people crave pizza. But scientists who study the addictive potential of foods worry most about those foods that have a high glycemic index. These are foods with lots of refined sugar and loads of carbohydrates, which jack up blood glucose levels very quickly. That’s why pizza can be habit-forming. But nutritional experts tend to agree that it’s the carbs, not the cheese (which has a low glycemic load), that is the culprit.

The Key to Cheese is Moderation

In my view, Dr. Barnard’s drama about cheese gets in the way of objectivity. It’s true that Americans have a love affair with cheese… and sometimes that relationship can be toxic. As a nation, we consume about 10.6 billion pounds of it a year. But the problem isn’t with cheese, per se, it’s the fact that most people consume far too much of it.

I’m an advocate for improving your relationship with cheese. I believe that small amounts of it can be a part of your diet. It is a source of calcium, protein, and conjugated linoleic acid (a fat that some studies suggest has anti-cancer and heart-protecting properties). Research also shows that eating cheese can help prevent cavities. So, I’m not asking you to eliminate cheese forever.

Cheese is high in sodium, high in saturated fat, and extremely dense in calories… all things that most people need to be careful about. With that in mind, I would make the following suggestions:

Although eating small amounts of cheese can be healthy, most people are consuming unhealthy amounts of it. So, consider cheese alternatives whenever possible. You’ll find that nut spreads, guacamole, bean dips (like hummus), and olive oil can work quite well in many situations where you would otherwise use cheese.

Cheese doesn’t have to be the health trap that some make it out to be, as long as you keep moderation and high quality in mind.

Day Hike Essentials: What to Put in Your Pack

Raw Honey vs. “Regular” Honey: What’s the Difference and Does it Really Matter? 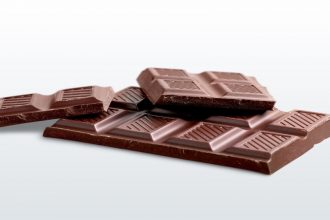 Stop Eating Store-Bought Chocolate – Do This Instead 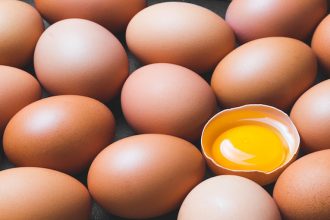 The Great News About Eggs: Are They Finally off the Hook?