As a backyard beekeeper, a naturopathic doctor, and the author of a popular book about honey…” liquid gold” is always on my mind. Excessive consumption of refined sugars found in processed foods plays a significant role in the plague of modern day chronic disease including obesity, cardiovascular disease, and diabetes. Honey is a minimally processed whole food that doubles as a bonafide medicine for a wide range of different medical problems and conditions. In conjunction with a minimally processed plant-based diet, I consider honey the sweetener of choice.

My team here at UpWellness has prepared a handy article about all the many research-backed ways that honey can help you.

It was shocking indeed to see an article with this title  “The bittersweet truth about honey is that it isn’t very healthy” in the Washington Post Health and Science section. The article itself was rather unimpressive and lacked any startling facts that would make me push my local raw honey to the back of the cupboard.

The piece cites a contributing registered dietician from Consumer Reports who says that honey has minuscule nutritional value and should be treated the same as any other sugar.  Hmmm….

While this might be true of the overly processed honey found in little bears on your grocer’s shelf, the real deal, raw honey from the bees has no equal and deserves much respect!

Honey IS a nutritional powerhouse

Honey is a nutritional powerhouse, containing glucose, fructose and numerous minerals including calcium, iron, copper, phosphate, sodium chloride, magnesium, manganese, and potassium. Vitamins in honey include B6, niacin, riboflavin, thiamin, pantothenic acid and a number of amino acids. It is also quite acidic, with a pH between 3.2. and 4.5. This helps prevent the growth of bacteria and is also loaded with protective antioxidants.

Research on the benefits of honey is growing exponentially with each passing year. In 2005 there were 248 citations on PubMed, in 2017 there were 843, and in the first nine months of 2018, there have been 689 articles about honey published. That seems to reflect a growing interest in honey and what it has to offer the medical community.

So, before you throw honey under the bus, let’s look at what some of this research has uncovered about “liquid gold.”

Researchers conducted a human study comparing the effectiveness of a popular antibiotic drug and manuka honey in treating MRSA bugs that hide out in the nose and spread an infection to the skin. Both the antibiotic and the honey treatment were equally effective.

Honey gel drops are an effective remedy for dry eyes

In October 2017 researchers used honey eye gel drops to treat dry eye conditions caused by meibomian gland dysfunction in 114 patients. There was a significant improvement in the condition after 8 weeks of treatment. Another trial, also in 2017  found that honey relieved symptoms of dry eyes caused by contact lenses.

Honey used to speed  wound recovery in women with episiotomies

A honey cream was compared to the standard drug, phenytoin, used to help heal episiotomy wounds. 120 women were divided into three groups. One group received the drug, one group the honey and one a placebo. After the study, it was found that honey and the drug both healed the area effectively but honey healed better than the drug overall.

Researchers in India have found that manuka honey worked just as well as commercial mouthwash, and better than chewing gum with xylitol, for reducing plaque levels. They attribute this to its outstanding antibacterial qualities. Manuka honey, taken orally, can help minimize gingivitis and keep the mouth healthy and free from harmful bacteria.

Research shows that oral honey given to female athletes after exercise had a significant positive impact on antioxidant levels and reduced oxidative stress at 1-2 hours after consuming.

In August of 2018, a study reported that a topical application of honey not only prevented oral mucositis in children undergoing chemotherapy but also accelerated recovery in children with the condition.

When honey is combined with the chemo drug 5-FU, it enhances the drug’s impact caused colon cancer cells to stop spreading and die off.

Prostate cancer cells stop metastasizing when treated with honey. Researchers feel like this is because honey appears to block the adhesion process.

A randomized, double-blind human trial found that a combination of honey, saffron, astragalus, and sedge is helpful for people with cognitive problems and depression.

Yes, honey does contain sugar… but

Honey isn’t without sugar. However, natural sugar is different from added sugar. Sucrose is the product of glucose and fructose, and it is much more difficult for our bodies to digest than its components. One tablespoon of sugar is roughly 15 grams of sucrose.

In contrast, honey has very little sucrose at only 0.2 grams. What it does have is nine grams of glucose and eight grams of fructose. We are much more adept at processing these ingredients.

Contrary to what you might think, research shows that honey appears to protect against metabolic syndrome (MetS) – that cluster of conditions that include elevated blood pressure, excess fat around the waist, insulin resistance and abnormal cholesterol or triglyceride levels. Together, these symptoms put one at a much higher risk of developing diabetes, stroke and heart disease.

A human study from the University of Wyoming reported that raw honey could trigger hormones that suppress appetite. Both appetite hormones and glycemic response were measured in 14 healthy non-obese women after eating a breakfast with honey or sugar. Results of the study indicated that eating honey offers obesity protective effects.

Raw honey is also an effective natural remedy for fertility issues. It can be combined with raw goat milk to increase sperm counts in men. In women, it can increase the chances of successful fertilization.

Honey is a natural allergy remedy

Numerous studies indicate that a daily dose of raw honey can elevate antioxidants that block disease-causing free radicals. As noted above, honey boosts the immune system and contains polyphenols that have been shown to reduce the risk of cancer and heart disease.  In one study, researchers fed 25 participants four tablespoons of honey daily for 29 days in addition to their normal diet. Blood samples revealed a clear link between consuming honey and an elevated number of polyphenols in the blood.

Raw honey coats the lining of the esophagus and provides relief to the burning caused by acid reflux. In a report posted in the British Medical Journal, Professor Mahantayya V. Math found relief from reflux when he ingested five milliliters of honey.

Honey is a natural cough suppressant

What do you think about honey now?

Honey has been used since the dawn of time for beauty, culinary and medicinal purposes. Ancient Egyptians, Assyrians, Chinese, Romans, and Greeks used honey to treat wounds and to heal conditions of the gut. Hippocrates himself used honey and vinegar for pain, honey and water for thirst, and honey mixed other substances for fever.

Honey is a powerhouse of nutrients with impressive antioxidant, antifungal, antiviral anti-inflammatory, and antibacterial properties. Research is growing, and it is becoming nearly impossible to argue with the science that supports the many ways in which honey can be used in a variety of therapeutic settings. We have barely scratched the surface of the extensive benefits of honey.

There is little question that this amazing gift from the bees will continue to advance in favor in both alternative and conventional medical circles.  We should all indeed be humbled in front of the tiny, yet mighty honey bee. 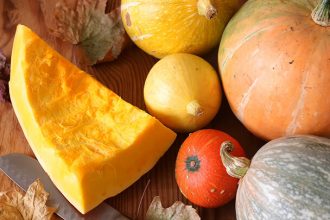 Eating With The Seasons 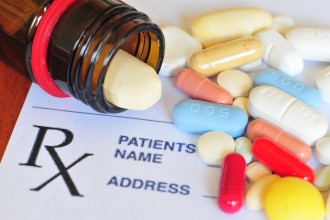 Should You Take the Full Course of Antibiotics? 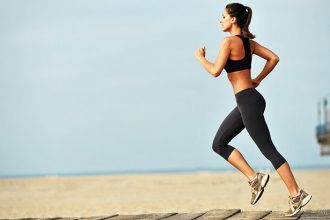 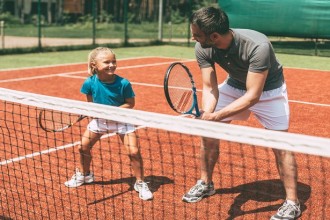 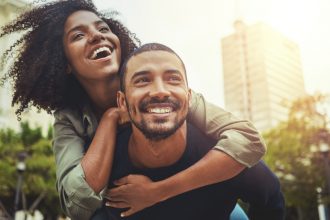 What’s Love Got to do With Health? (you might be surprised)