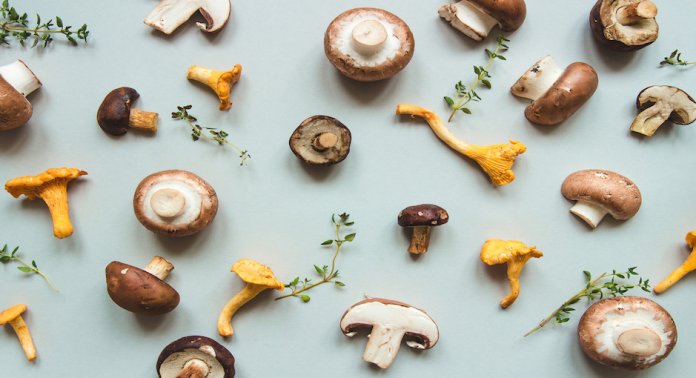 Mushroom coffee may be giving your morning cup of Jo a run for its money. Labeled by some as the next superfood, mushroom coffee has been steadily gaining ground in the wellness space in America and is beginning to prove itself worthy of attention.

The mushrooms that we enjoy eating are well known for their powerful nutritional properties. They are low calorie, fat-free, low in sodium, and provide some key vitamins like selenium, riboflavin, niacin, potassium, vitamin D and more. However, medicinal mushrooms appear to be fungi’s best-kept little secret.

So, move over lattes and such, and welcome a new member to the warm brew club. Mushrooms consumed and used therapeutically since the dawn of ancient civilization in the east are now making a buzz inside Western medicine. And to think, we can capture all their goodness in a simple and delicious cup of coffee.

A few companies have taken old methods of consuming mushrooms and put a whole new spin on them by making mushroom coffee and even cocoa blends. Brewed just like regular coffee, either in instant form or ground form, mushroom coffee is gaining traction. Let’s take a look inside this new “Superbrew.”

Here are some highlights of 3 popular mushrooms that are used to make mushroom coffee and cocoa. 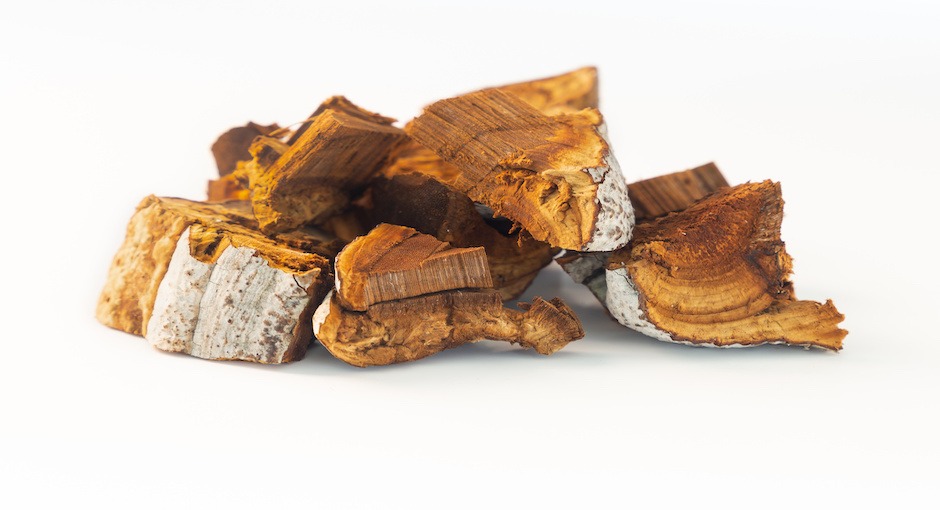 Chaga is also known as the “King of Mushrooms” and is found in colder areas where it grows on mainly birch trees. It is generally harvested from Korea, Northern Europe, Russia and colder parts of North America.

Historically, Chaga mushrooms – that have the appearance of a clump of burnt charcoal – have been used in Russia and Northern European countries to boost immunity, for overall health and wellness, and generally consumed in the form of a tea.

Chaga mushrooms have a pretty impressive lineup of health benefits including: 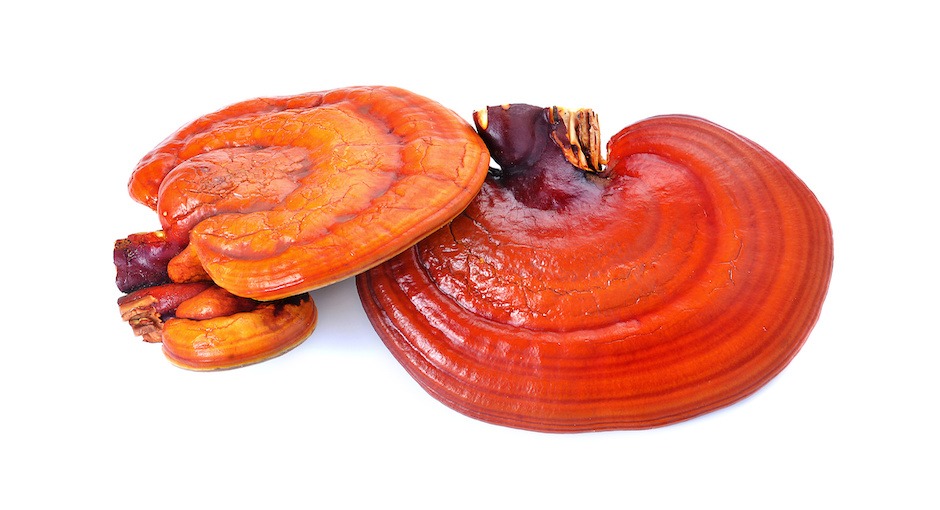 Reishi mushrooms grow in hot and humid areas in Asia and have been a popular staple in Eastern medicine for a very long time and are eaten fresh or ground into powdered form or extracts. These fungi contain beneficial molecules, that are responsible for its therapeutic potential, including triterpenoids, polysaccharides, and peptidoglycans,

Many of the therapeutic benefits of Reishi are supported by research. Here are a few to consider:

Supercharge immunity – One of the health benefits of Reishi mushrooms is their ability to impact the immune system positively. Some studies have found that this fungus can alter inflammation pathways in white blood cells. Research done on cancer patients shows that Reishi mushrooms contain certain properties that can increase a particular type of white blood cell activity called natural killer cells. These cells are designed to fight cancer and infections in the body.

End fatigue and depression – One study looked at the condition called neurasthenia which is connected to aches, pains, headaches, dizziness, and irritability.  This research revealed that Reishi mushroom supplementation could reduce fatigue and improve well being in eight weeks. In another study, it was found that fatigue was reduced and quality of life improved after four weeks of Reishi powder supplements in participants who were breast cancer survivors. In addition, it was found these people also experienced a reduction in anxiety and depression.

Fight cancer –  Reishi has many cancer-fighting properties. In one study including 4,000 breast cancer survivors, it was discovered that 59% consumed Reishi. Other studies show that this fungus can cause the death of cancer cells. A review of some studies shows that this powerful mushroom can be beneficial for cancer patients. Some of these benefits include elevation of white blood cells that help to fight cancer and improve quality of life. 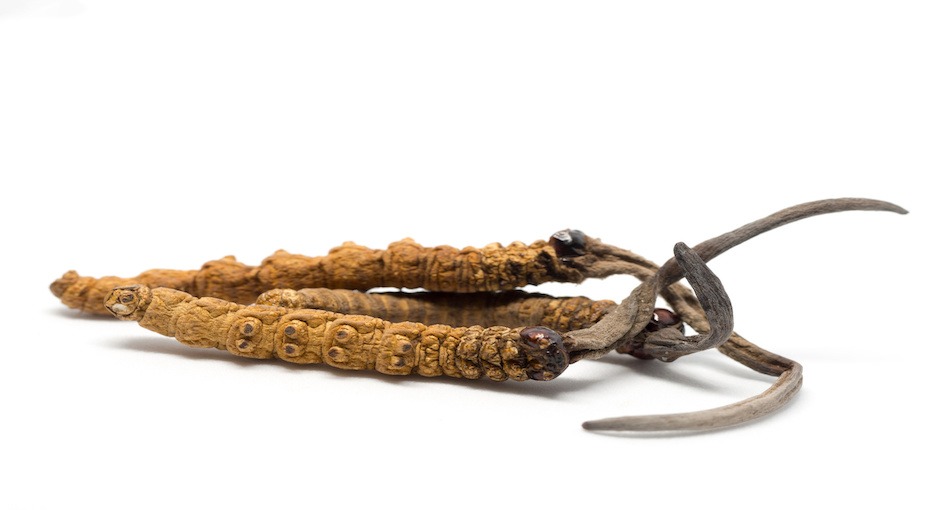 Cordyceps is a genus of parasitic fungi that grows out of the larvae of insects. In an almost science-fiction-like episode, the fungi attack their host, replace its tissue and grow long and slender stems outside the host’s body. These half insect and half fungi bodies are hand-collected, dried and used in Traditional Chinese medicine to remedy fatigue, kidney disease, and reduced sex drive.

There are more than 400 species of Cordyceps with two becoming the focus of many concentrated health studies; Cordyceps Sinensis and Cordyceps militaris. Here are some of the more significant health findings that are backed by science.

Exercise performance – It has been discovered that this strange fungus increases the production of adenosine triphosphate (ATP). This molecule is instrumental in delivering energy to the muscles. This might help the way the body utilizes oxygen, especially during exercise. It appears as though Cordyceps is most beneficial at improving exercise performance in older and younger adults, but not so much in trained athletes.

Anti-aging  –  Researchers have found that antioxidants in this mushroom reduce damage to cells by neutralizing free radicals that contribute to both disease and aging. In one study, it was discovered that mice who were given Cordyceps outlived mice that were given a placebo.

Type 2 diabetes –  This fungus contains an extraordinary kind of sugar that may be useful in the treatment of diabetes.  Cordyceps may help regulate blood sugar levels by acting like insulin. In numerous studies involving diabetic mice, this mushroom was found to decrease blood sugar levels. There is also a possibility that Cordyceps prevents against kidney disease, which is a common complication of diabetes. In one review of over twenty studies, people with chronic kidney disease who took Cordyceps supplements experienced improved kidney function.

Inflammation –  Cordyceps also helps to reduce dangerous inflammation in the body. According to research, Cordyceps suppresses proteins that increase inflammation. It is because of this, and other potential benefits that researchers believe that this fungus may be a useful anti-inflammatory supplement. In addition, Cordyceps might also have a topical application. When applied to mice it was found to reduce skin inflammation.

Anyone for a cup of mushroom coffee?