Here in Connecticut, tick bites strike fear in everyone. I live just a few miles away from Old Lyme, where Lyme disease gets its name, and everyone here knows someone who has had it. Although Connecticut is a hot-spot, tick-borne illnesses are a severe threat nationwide. In addition to Lyme disease, Babesiosis, Anaplasmosis, Bartonella, Tularemia, and Rocky Mountain spotted fever are just a few of the roughly 18 illnesses that the CDC recognizes as being spread by ticks.

The diseases that are spread by these tiny creatures pests are common and can be extremely serious. Each year, at least 30,000 cases of Lyme disease are reported, but CDC data suggests that only about 10% of cases actually get reported, which means that the actual number of diagnosed cases is likely closer to 300,000. And that’s just Lyme disease.

We don’t know exactly how many people get bitten by ticks every year, but we know tick bites are extremely common, and the number is likely well into the millions. Most of the time, tick bites are harmless and cause nothing more than a little red rash that resolves on its own without any treatment or any long-term consequences. But, in the last few years, there have been increasing reports of an unusual and very unsettling reaction to a tick bite– allergy to meat. Yes, tick bites can cause a person to become severely allergic to meat.

As if Lyme disease wasn’t bad enough, ticks bites have now been implicated in the development of an illness that will strike fear into meat lovers everywhere. Tick bites can induce a severe and persistent allergy to meat, which can precipitate symptoms that range from hives to life-threatening anaphylaxis and airway obstruction.

This potentially deadly allergic reaction is sparked when the immune system reacts to a sugar called alpha-gal, which is present in the saliva of ticks and other arachnids. The problem occurs when the antibodies produced in response to alpha-gal in tick saliva get triggered and react in response to later exposure to alpha-gal from other sources. Unfortunately, alpha-gal is found in meat, dairy, and even some binders used in medications. So, in a person whose immune system became sensitized to alpha-gal from a tick bite, that means that subsequent exposure to meat can trigger an allergic reaction and all of the miserable (and potentially dangerous) symptoms that go with it.

It’s well established that alpha-gal induced meat allergy can be transmitted by bites from Lone Star Ticks. But according to a new study, recently published in The Journal of Allergy and Clinical Immunology, the allergy can be transmitted by chiggers too. Chiggers are a class of microscopic mites, which are only 1/150 of an inch long. These tiny critters are so small that most people have no idea that these pests have bitten them and the only symptom may be a case of severe and inexplicable itching.

But here’s one piece of good news. Because chiggers are so small, they cannot embed themselves in your skin as deeply as ticks can. A good soapy scrub is enough to ensure that you are chigger free. If you’ve spent time gardening or hiking in the woods, a quick shower is probably all you need to make sure you keep these pests off you.

Tick and Mite Bites Lead to a Rare Meat Allergy?

Thankfully, alpha-gal induced meat allergy is rare. But it is becoming more common in parallel with the increasing incidence of other tick-borne illnesses like Lyme disease. In most instances, symptoms of a meat allergy occur 2 to 4 hours after eating meat. If you experience any of these signs after eating meat, then you should contact emergency health providers as quickly as possible to be treated for anaphylaxis.

At present, there is no cure for alpha-gal syndrome. People who develop meat allergy are merely advised to avoid any meat from mammals including beef, pork, and lamb. (Poultry tends to be fine.)

Interestingly, I give similar advice to many of my patients, but for an entirely different reason. I am a strong advocate of a plant-based diet, so decreasing meat consumption is a regular part of my treatment plans. Of course, I would never wish any allergies on anyone, but I can’t help but wonder if the ticks are trying to help me… 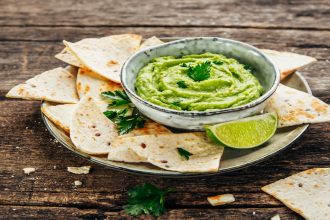 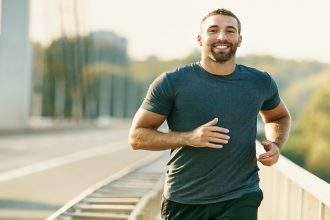 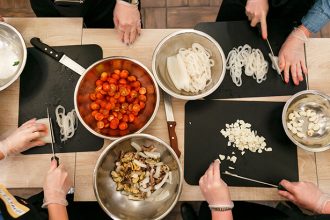 Being Grateful is so Good 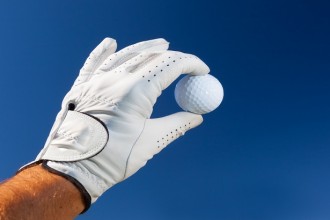 Why I Keep a Golf Ball Next to My Bed