Fire is our friend…right? Humans learning how to harness the power of fire was one of our greatest achievements and one that is responsible for life as we know it today. Besides the basic necessities like cooking and heating…who doesn’t enjoy a cozy campfire or a candlelit dinner?  But, when that campfire escapes the fire pit…or those candles get too close to the curtains…fire can become our worst enemy and one of the most destructive forces on the planet.

You have likely heard the word inflammation in common circles these days (including right here at UpWellness). Chronic inflammation is becoming more and more understood as a major inhibitor to good health and a precursor to some of the western world’s greatest killers like heart disease, cancer, and diabetes. But what you might not know is that inflammation is also intricately linked to obesity.

This worldwide epidemic is worse than ever. According to the World Health Organization, in 2016, 1.9 billion adults were overweight, and of those 650 million were obese. These staggering statistics should cause us individually and corporately to aim all necessary resources at preventing this problem. Let’s take a closer look at how obesity and inflammation are linked.

It is a vicious cycle. Overeating increases the immune response, which causes the body to generate excessive inflammation. This inflammation leads to chronic, often deadly diseases.

According to Bente Halvorsen, a professor at the Research Institute for Internal Medicine, University of Oslo, Norway, and a group of researchers led by Pål Aukrust there is a molecular reason why being overweight so incredibly harmful.

“We believe that there is a connection between metabolism, inflammation, heart attack, and stroke. With this new knowledge, we can better understand why too much food can cause such serious diseases as heart attack, stroke, cancer, and chronic intestinal inflammation.”

Why overeating (and undereating) is so dangerous

As mentioned above, overeating triggers the immune system to initiate a defense response, which sets the inflammatory reaction in process. This is where it might get confusing for some people. Acute inflammation is a good thing in situations where the body needs the inflammation to help with healing, such as a sprained ankle. However, chronic overeating leads to chronic inflammation, which turns a good thing into a bad thing. Both too little and too much nutrition can cause the immune response to warp into overdrive.

A number of serious diseases have their roots deeply planted in inflammation. Arthritis is a chronic inflammatory disease. Heart attack is another example that is caused by a strong inflammatory response.

Weight loss helps to reduce the inflammatory response, but often, people are more sedentary when they are obese, making weight loss more of a challenge. Researchers have been trying to understand how to reduce inflammation without weight loss; however, the storage of energy

(calories) causes the inflammatory reaction. There is an intricate relationship between the body’s immune system, energy conversion, and how we store energy.

Humans used to work for their food

Historically, humans ate much less and worked hard for their food – walking miles just for a simple meal. Today the drive-throughs are packed, and the combination of not working for our food and overeating the wrong type of food has led to the present-day obesity epidemic.

“Mankind’s great challenge has consisted in obtaining sufficient food and surviving infections. Today, we rarely die of infections, but on the other hand we eat too much,” says Arne Yndestad.

While you may never see overeating as a cause of death, you certainly see the diseases brought on by chronic inflammation caused by overeating. It is important to peel back the veil to reveal the truth that lies behind.

When the powerhouse of cells is damaged

According to researchers from the University of Oslo,

“When the cells receive excessive energy, the system starts to falter, and the engine may stall. Too much fatty acid causes an oxidative stress in the cells. We believe that long-term stress on the mitochondria may cause metaflammation. A metaflammation is a low-grade chronic inflammation over many years, and unfortunately it’s a condition that’s difficult to detect”

The human body is designed to eliminate mitochondria that are damaged. However, when we overeat, fatty acids build up in cells. The stress that this causes to the mitochondria overrides the natural process of elimination. As the damaged mitochondria expand in number, the immune response becomes stronger causing, more and more inflammation.

A key enzyme and its role

UiO researchers have studied various signal molecules inside cells that trigger the inflammatory response. They have singled out an enzyme that has been studied before in stroke patients. Halvorsen says this,

“We believe that this enzyme can be regulated by overnutrition and that it is a key constituent in the inflammatory reaction. We have found that the plaque in the arteries of patients with arteriosclerosis contained a lot of this enzyme. When the plaque bursts, the patient may suffer a stroke.”

Because cancer cells require a lot of energy to divide, the stress placed on cells may cause these cells to become cancerous. Professor Kristin Austlid Taskén at the Institute of Cancer Research says this,

“People who are overweight more often develop an aggressive variant of prostate cancer. Although the connection between overweight and cancer is well known, however, little is known about the mechanisms involved.”

Takeaway: As the research connecting inflammation and obesity strengthens, we can all do one thing. Eat a healthy, well-balanced, whole foods diet, comprised of mostly plants, avoid processed and fast food and sugar! We all have to eat, make sure that you are eating for health! 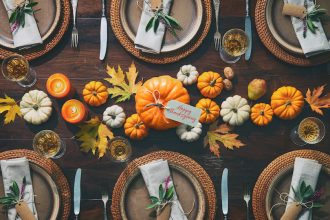 How to Get the Most Out of Honey This Thanksgiving 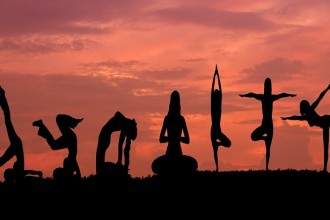 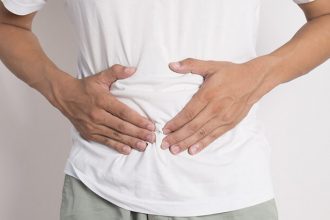 Of Microbes And Emotions 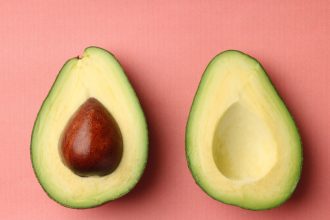 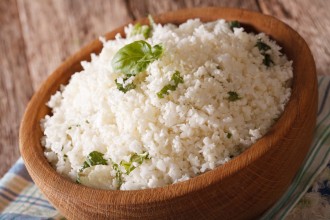