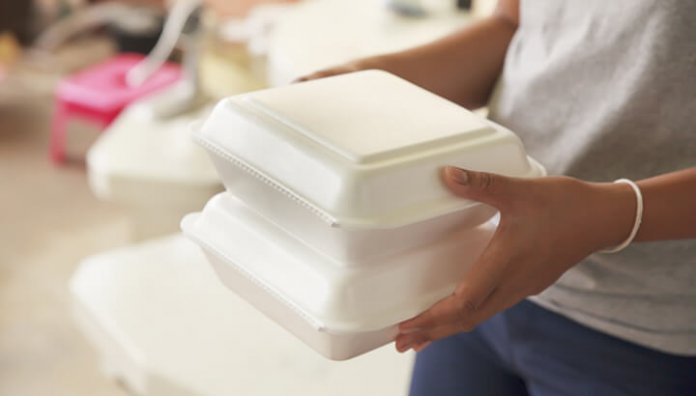 There’s a world of difference between the words “possibly” and “probably.” The former implies a real but remote possibility. The latter refers to a likelihood. If your physician told you it was possible you’d develop cancer, then you’d probably be somewhat concerned. But if they told you were probably going to get cancer, then chances are you’d be extremely worried.

The difference between possibly and probably became big news when all group of scientists affiliated with the World Health Organization and the International Agency for Research on Cancer announced styrene, the chemical used in styrofoam (and countless other consumer products), has been upgraded from “possibly carcinogenic to probably carcinogenic.”

We all know styrofoam. It is used to make a variety of products that consumers use every day. Most of us are very familiar with the disposable cups, fast-food containers, and throwaways dishes and plates that are made out of this synthetic plastic. But how many people are aware that this ubiquitous commodity has long been recognized as a health and environmental threat?  Here are just a few of the disconcerting things that we’ve known about styrofoam for many years:

In the past, scientists were not able to make a clear-cut link between styrene and cancer. It was always possible that another synthetic compound was responsible for making the industrial workers who manufactured these products sick. But the latest research settles a question that’s been in limbo for 40 years — It’s very likely that styrofoam is carcinogenic and you should definitely avoid using it.

How You Can Avoid Styrofoam

Recognizing this public health threat, communities across the country are beginning to ban the once-popular clamshell food containers and other dinnerware. But I’d wouldn’t wait until the relevant government agencies and industry interests remove these hazardous products from store shelves. They pose a threat to your family’s health, the well-being of marine life, and the planet.

Here are some tips for avoiding styrofoam and similar disposable products:

My friend and colleague Dr. David Katz, likes to say that the “absence of evidence is not the same as evidence of absence.” That’s a fancy way of saying that just we can’t prove that something is dangerous doesn’t mean we should assume that it’s safe.

For too long, classifying styrene as just “possibly” carcinogenic led many people to discount the hazards of this synthetic chemical. But we now know this product does not deserve the benefit of our doubt. This should be a cautionary tale that applies to many other man-made chemicals that neither our bodies nor the planet have evolved to cope with.