In the waiting room of my office, I keep a photography book called Hungry Planet: What the World Eats, by Peter Menzel. It is the book I most often find on my patients’ laps while they wait, and it makes a great conversation starter about food and nutrition.

To compile the photographs for his book, which was published in 2006, Peter Menzel traveled to various communities around the world and asked families to gather all of the food they normally eat in one week, and pose next to it. The book which resulted from Menzel’s project illustrates the striking differences between how people around the world eat.

One glaring difference is quantity. In industrialized nations, such as Australia, the United Kingdom, Germany, Italy, and the United States, food is plentiful: the bounty barely fits in the photograph. In others, for example Mali, and a Sudanese refugee camp in Eastern Chad, families have only a sack of grain, and some dried fruits and vegetables to sustain them. This really highlights the issue of food distribution on this planet: we have plenty, but it certainly does not go around equally.

Another difference, and the one I’d like to focus on, is the amount of packaged, processed foods versus whole foods from the Earth depicted in the photographs. Just look at this photograph of a family in Guatemala: This family has a large amount of whole, unprocessed foods before them. The tables are brimming with green beans, garlic, potatoes, tomatoes, peppers, squash, enormous carrots, baby bananas, and a wealth of other fruits and vegetables. There are bags of grain, eggs, and a basket of handmade flatbread. Nearly every food in this photograph is whole, unprocessed, and likely hand-picked straight from the soil.

Now, in the photograph below, we see a family in American Canyon, California: Notice the difference: virtually everything in this family’s kitchen is in a package, can, or some other type of container. We can see corn dogs, frozen pizza, cookies, and boxed cereals galore. There are a few fresh foods, such as eggs, bananas, a little bit of broccoli, and a few carrots and potatoes, but everything else is processed.There are very few whole foods from the Earth. About three-quarters of this family’s food has gone through multiple steps in factory and industry before it reaches the table.

One of these weekly food bounties is clearly healthier than the other. Our bodies need food from the Earth, not the processed, chemical-laden offerings of industrial factories. If we could eat more like the Guatemalan family pictured in Menzel’s book, our bodies and minds would be much healthier. We would be thriving, rather than putting ourselves and our families at risk for inflammation and disease.

A while back, I had the pleasure of enjoying a farm to table meal at the home of a friend. Before the meal began, our host presented us with a very powerful form of grace. This wasn’t a grace in a religious sense. Rather, it was a tour through what we were about to eat, and where each food came from. One of the foods on the table was fresh hummus. Our host talked about the chickpea plant, and how the chickpeas became hummus. He talked about how the lemons, garlic, and salt, all harvested from his farm, played a role in the hummus.

This grace was a tour from ground to plate for each food we were about to enjoy. It was a remarkable way to honor the meal. Try it for yourself the next time you sit down to eat. 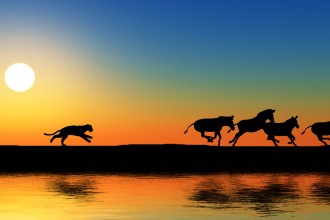 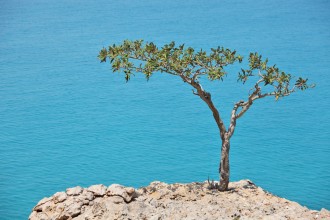 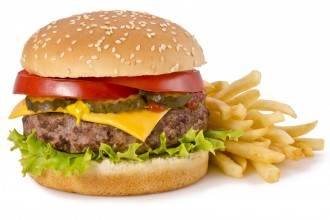 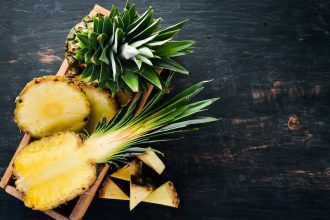 The Secret Weapon That Makes Pineapple So Amazing