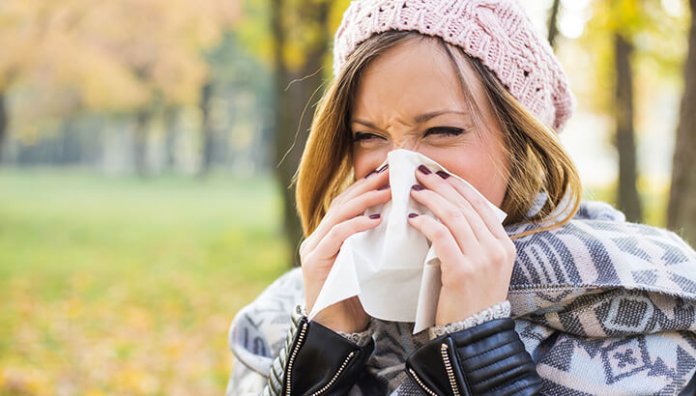 I love my work as a naturopathic physician but there are some aspects of my job that are decidedly unglamorous. For instance, quite often my patients feel compelled to bring me a sample of their nasal discharge. “Look here, Dr. Josh”–as they unfurl a handkerchief containing a prized specimen of mucus–“my snot is green, what does that mean?”

Let me be clear, if you’ve ever thought about bringing a sample of your green mucus to show your doctor…you can leave your hanky at home. If you have a respiratory symptoms, your doctor will usually ask about the characteristics of nasal discharge including the color… but it’s okay for you to just describe it in words. A snot sample won’t usually help.

Although the color and character of mucus can be meaningful, whether its yellowish or greenish is not quite as useful in establishing a diagnosis as most patients assume. With that in mind, I’d like to share a few things about mucus and what it can and can’t tell physicians about a person’s health.

Snot is Nothing to Sniff At — How Mucus Keeps You Healthy

To begin with, almost everyone assumes that mucus is a sign of infection, but it’s actually  entirely natural substance that plays some very important functions in the body. First of all, it’s a protective layer that keeps delicate membranous tissues well-hydrated. It’s a first line of defense against invasion. Second, mucus is the medium that plays host to the local immune system. In fact, it’s packed with inorganic salts, antiseptic enzymes, and the white blood cells that protect you from foreign invaders like bacteria, viruses or allergens.

Interestingly, most mucus is actually produced in the digestive tract and most people manufacture about one liter of it every day. When mucus is produced in the respiratory system it is called phlegm.

Why Your Mucus is Sometimes a Different Color

A healthy mucous membrane produces clear mucus. (Note: “mucus” is a noun and “mucous” is an adjective…that is, mucous membranes produce mucus.)  Mucus gets thick and cloudy when the membranes that produced it become inflamed. For example, when mucus turns white it’s a sign that white blood cells have infiltrated the area in response to an irritant or infectious agent. . As the surrounding membranes become increasingly inflamed, the mucus will become even thicker and it will often develop a yellow or green tinge.

Most people have a mistaken idea that yellow mucus suggests a viral infection and a greener tinge means it’s bacterial… but these color changes are actually due to the presence of an enzyme called myeloperoxidase that are secreted by specialized white blood cells called neutrophils.  The concentration of myeloperoxidase determines the color of the mucus which can vary from light yellow to an impressively dark green.

How Can You Alleviate Mucus Buildup?

There a numerous home care remedies for addressing mucus build up.

As you can see, mucus is a lot more than the gross stuff that ends up in your handkerchief. It’s a vital bodily substance that’s responsible for keeping you healthy. I hope this information helps you keep your sinuses clear… and that it clears up any questions you might have had about this viscous topic.