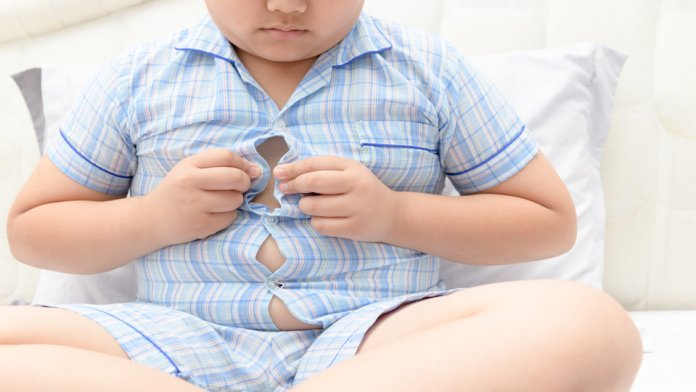 Does the name “Augustus Gloop” sound familiar? Augustus was one of the main characters in the Roald Dahl’s famous book, Charlie and the Chocolate Factory. He was a greedy child who was obsessed with chocolate…and he had a weight problem as a result. There have been two Hollywood movie adaptations of the book. The first was in 1971 and starred Gene Wilder as Willy Wonka. 34 years later, Johnny Depp played that role in a new version that came out in 2005. The new movie has some better special effects and some minor plot changes but essentially, it tells the same story. But wow…has Augustus Gloop changed. In the 2005 version, the actor who plays Gloop looks to be at least 50 pounds heavier than his 1971 predecessor.

Before you dig into the tragic story about childhood obesity from my team at UpWellness…remember what the Oompa Loompas had to say in their famous song:

What do you get when you guzzle down sweets– Eating as much as an elephant eats
What are you at, getting terribly fat– What do you think will come of that?”

Although you may have heard differently, the truth about childhood obesity rates is that they are rising, and rising fast. In 1999, about 29% of children ages 2 to 19 were overweight. By 2016, this figure rose to 35%. The latest figures show that one in five children are obese.

A study published in the journal Pediatrics reveals some pretty scary truths that can not be ignored. America’s children are getting fatter fast. According to lead study author Asheley Cockrell Skinner, an associate professor at Duke University,

“once a kid has developed obesity, it’s a lot harder to change it. It’s much easier to prevent obesity than it is to reverse it.”

Largest increases in obesity in the youngest group

Sadly, the largest increases in obesity rates were seen in children ages 2 to 5. The obesity risk rate was highest among teens age 16 to 19 and the Hispanic population. In these groups, the study found that four out of ten children were at risk of being overweight.

Some previous information, that came on the heels of former First Lady Michelle Obama’s Let’s Move campaign and other efforts to get kids moving and eating healthier seems to have been overhyped according to Skinner.

“There’s a misconception that obesity as a problem is on a decline,” Skinner said. “That’s very much not the case.”

According to Tom Baranowski, a psychologist who has been trying to develop methods to prevent pediatric obesity since the 1980s, explains that the problem is more complicated than energy in and energy out. “Clearly, that’s evidence that the extensive amount of efforts expended nationally is not working.”

What is really behind the American childhood obesity epidemic

Clearly, what is being done does not work but is it really that complicated?  American youth are not as active as they were twenty or thirty years ago. There are new distractions such as phones, video games, and social media. We live in a drive-through society, and this has impacted kids in a big way. Fewer kids spend outdoors, in nature and moving. Instead of walking or riding bikes, kids now drive battery operated scooters.

But it’s not just a lack of movement that is to blame; it is a lifestyle – that includes what kids are eating. Childhood obesity is a result of lifestyle and the good news is that lifestyle can be changed.

Good health starts with habits in the home

Here are some tips for kids and parents to help get a handle on the obesity epidemic. Healthy habits start in the home. These tips will help the whole family be healthier and reduce the risk of obesity.