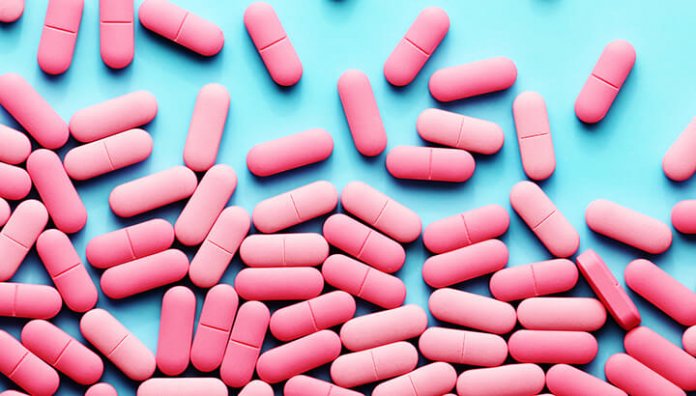 The long list of side effects of Ibuprofen just got a little longer. The popular over-the-counter painkiller, which is marketed under the name of Advil and Motrin, belongs to a class of pharmaceuticals known as nonsteroidal anti-inflammatory drugs (NSAID), which are used to treat aches, pains, fevers, chills, and many inflammatory conditions (like rheumatoid arthritis).

Don’t get me wrong, I’m not suggesting that you never take another NSAID.  These drugs do have their place in medicine and can be safe and effective when used properly and sparingly.  Unfortunately, most people are not fully aware that they can cause serious side effects particularly when people take too much for too long. With that in mind, let’s look at what some of the emerging concerns are, as well as some of the natural alternatives.

Over the years, a number of studies have linked Ibuprofen to an increased risk for ulcers, heart attack, stroke, kidney disease, and miscarriage. More recently, new research published in the journal Proceedings of the National Academy of Sciences, caught my eye. It found a link between Ibuprofen and male infertility.

This was a small clinical trial, and more research will be needed, but I believe the results highlight the need to treat NSAIDs with much greater caution. Just because they are available over-the-counter does not mean they should be consumed like candy.

The study is worth a closer look. It involved young men between the ages of 17 and 35. One group of healthy volunteers was given 1,200 mg of a generic Ibuprofen daily, while a second group (the control) received a placebo. After two weeks, the subjects’ hormones were measured and the researchers found that those that had received Ibuprofen showed evidence of compensated hypogonadism, a condition that involves a low ratio of testosterone to the luteinizing hormones. This is an indication of testicular dysfunction, which can impair male fertility.

Dr. Erma Z. Drobnis, an associate professional practice professor of reproductive medicine and fertility at the University of Missouri, Columbia, was not part of the study, but she noted that “There is evidence that some medications are particularly harmful to the male reproductive system, including testosterone, opioids, antidepressants, antipsychotics, immune modulators and even the over-the-counter antacid cimetidine (Tagamet). However, prescribing providers rarely mention these adverse effects with patients when prescribing these medications.” She goes on to explain that the new study is very significant because Ibuprofen is one of the most common medications used today.

As I’ve mentioned, NSAIDs have their uses and I’m glad to have them available in my medical toolbox. But I believe people need to better appreciate that these drugs are good at alleviating symptoms, but they do not get at the root cause of disease. I believe we in the medical community need to do a better job treating the terrain, so to speak, as opposed to just putting out fires.

There are a variety of herbs, essential oils, foods, and all-natural remedies that can counteract the inflammation that is at the root of both pain and disease. These include:

NSAIDs play an important role in medicine, but they are vastly overused. Many patients do not realize that these drugs can cause serious side effects…and that there are safer (and often more effective) all-natural alternatives.

Medicine doesn’t only come in a pill you can swallow. If can come in the form of food, movement, herbs or spices, vitamins and minerals, and more. Our bodies have been shaped by the mostly plant-based diets that our ancestors consumed for eons. So, it’s no surprise that plant-based compounds can help promote homeostasis and restore wellness. It is a thought worth remembering the next time you instinctively reach for some synthetic molecule to cure your chronic aches and pains.

Science Says This is The Best Alarm Clock for a Happy...