One of my patients is the owner of a pricey, top-rated local restaurant. During a recent appointment, we were talking about nutrition and diet. We were in the middle of a discussion about grass fed meats versus conventional meats, and wild caught fish versus farmed fish, when he cautiously admitted some shocking practices that go on in the restaurant industry.

His story really shook me up, and opened my eyes to the disturbing amount of fraud that goes on in the restaurant industry supply chain: fraud that I knew existed, but had no idea that it happened on such a large scale. Specifically, my patient told me about the all-too-common restaurant shenanigans surrounding salmon.

The disturbing news is that even when you make a choice to order wild salmon at a restaurant, you may not get what you ordered. Buyer beware! Even if a menu explicitly states “wild-caught salmon,” you may be served the farm-raised variety. My patient made it very clear that this is “business as usual” in the restaurant industry. As he explained, when buyers go to fish markets, there is no “fish police” to stop them from making side deals and buying cheaper fish.Or, a fishmonger may sell a buyer farm-raised salmon saying it is wild-caught. In these types of instances, if the switch is eventually noticed, blame often gets passed down the chain.

Another friend of mine, who happens to be a fisherman, experienced this fraud firsthand when eating at a restaurant. He ordered wild-caught salmon off of the menu, and what arrived was clearly farm-raised. The discerning consumer can tell the two apart pretty easily: for starters, wild-caught salmon has a rich, red color, while farm-raised is a muted orange. There are also textural differences. He told his waitress about the issue, and she didn’t know anything about it. She talked to the chef and manager, and my friend received apologies from the restaurant. However, there was no real accountability.

Many studies have demonstrated that there is widespread fraud in the fish industry. In 2013, the Boston Globe published a report covering a two-year study by the nonprofit organization, Oceana, which analyzed over 1,200 samples of seafood from close to 700 retailers across 21 states between 2010 and 2012. Oceana found, based on DNA analysis, that about a third of the fish samples weren’t what they were claiming to be. That’s a one in three chance that you won’t get what you ordered!!!

Two of the most egregious examples of this fish fraud came from Southern California and from the Boston area. In Southern California, a whopping 52 percent of fish samples were mislabeled. This was the highest rate of fish fraud in the United States. Oceana also found that Boston grocery stories passed other, cheaper fish off as cod 31 percent of the time. On this trend of misrepresentation, Beth Lowell, an Oceana campaign director, stated:

“Everywhere we looked for seafood fraud, we found it. It’s not a regional issue. It’s a widespread problem across the US that needs national attention.”

Eating at good quality restaurants from time to time can be part of a healthy regimen, but it’s important to know where your food is coming from. If you visit a restaurant, you’ll want to make sure that the meats and seafood come from healthy sources. One way to get peace of mind is to have a conversation with the waitstaff and even the chefs, and ask about their sources. Hopefully, they’ll be transparent and open, and proud to tell you where they get their fish and seafood. If they are unwilling to share… buyer beware.

If you want to know for sure what goes into your meals, and what doesn’t, the safest bet is to buy your meat and seafood from trusted sources, and cook it at home. That way, there will be no unsavory surprises. 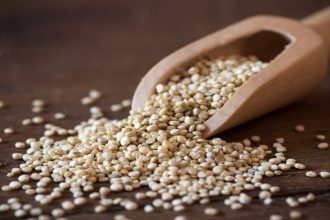 Here’s How to Use Quinoa For Desert…Yummy 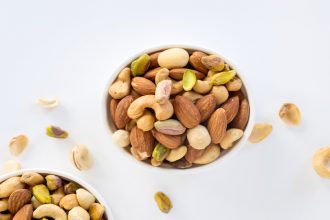 8 Ways to Add Fiber to Your Diet 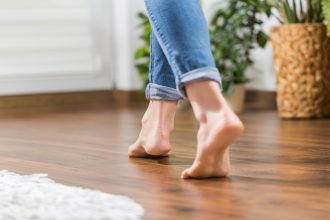 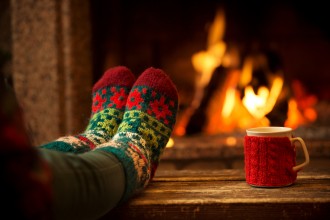