A racing heart, also known as heart palpitations, feels like your heart has skipped a beat or added an extra beat. It may also feel like your heart is fluttering or pounding fast and furious. Usually, the sensation can be felt in your chest, neck, or throat. A racing heart can be scary — or at the least, bothersome. Although it usually isn’t harmful and resolves on its own, in rare cases, it could be a sign of something more serious. Here are six surprising reasons why your heart is racing.

If coffee is the only thing that gets you out of bed in the morning, here’s some good news. A study from the University of Southern California, found a link between drinking coffee and longevity. In fact, there’s less cardiovascular disease among people who drink coffee, making it a heart-healthy beverage. That said, if you’re experiencing a racing heart, it could be related to a caffeine sensitivity. And that could make beverages like energy drinks dangerous for your health, since they contain up to five times the amount of caffeine per serving as other caffeinated beverages.

Excessive caffeine can cause heart cells to release calcium, affecting the heartbeat. High amounts of caffeine not only cause heart palpitations but vomiting as well. Plus, two other ingredients commonly used in energy drinks — taurine and guarana — heighten the effect of caffeine. And don’t even think of mixing alcohol with that caffeinated energy drink. Caffeine lowers the sedative effects of alcohol, which allows people to drink longer. As a result, you’ll consume even more alcohol, making you susceptible to arrhythmias — a condition that makes your heart beat too quickly, too slowly or with an irregular pattern.

Since 2007, E-cigarettes have been gaining popularity with Gen Y, Gen Z, and millennials. But it’s a hotly debated subject, with some users believing they are safer than smoking tobacco. Others believe vaping poses a potentially deadly risk to teens and young adults. But the truth is, the addictive nature of e-cigarettes could be causing more than your heart to race. New research from the American College of Cardiology, presented in ScienceDaily, found that e-cigarette users have a 56 percent higher chance of having a heart attack and a 30 percent higher chance of having a stroke, compared to non-users.

There’s no question that marijuana is beneficial for the treatment of anxiety, nausea, and chronic pain. And, the fastest way to feel the benefits is through smoking. However, marijuana smoke contains many of the same nasty toxins, irritants, and carcinogens that you get from cigarette smoke, which are all contributors to heart disease, suggests Harvard Health. A study published in the BMJ Journals looked at atrial tachyarrhythmias and its link to cannabis use. John Hopkins defines atrial tachyarrhythmias as arrhythmia, or a type of abnormal heart rhythm that causes fluttering or palpitations in the chest. Normally, atrial tachyarrhythmias is not life-threatening and can be controlled. However, prolonged atrial tachycardia may lead to cardiomyopathy — a weakening of the heart muscle — and heart failure.

Sleep apnea is a possibly serious sleep disorder, where your breathing stops and starts frequently throughout the night. Common signs of sleep apnea include loud snoring, breathing that stops and starts with a gasp for air, waking with dry mouth, headache and irritability during the day, and feeling tired even after a full night’s sleep. The most common type of sleep apnea is obstructive sleep apnea, which occurs when throat muscles relax. Research from the Sleep Heart Health study found a clear link between obstructive sleep apnea and arrhythmias (abnormal heart rhythm that causes fluttering or palpitations — aka racing heart.) Moreover, evidence suggests that arrhythmias are temporally related to respiratory disturbances like those associated with sleep apnea. If you suspect you have sleep apnea, talk to your doctor for a referral to a sleep study clinic for testing.

A little sugar rush won’t kill you. But it will cause your heart to race. About 15 to 30 minutes after sugar passes through the stomach, it reaches the small intestine. From there, it’s broken down and absorbed into the bloodstream. The pancreas tries to manage all that incoming sugar and converts what it can into energy. But when too much sugar passes through your body, it can’t all be converted to energy, some moves to the liver where it is stored as fat. Meanwhile, the body interprets this overload of sugar as a result of stress. So, it releases cortisol and epinephrine — hormones that cause the heart to race. It’s normal for most people to binge on sugar occasionally. We are, after all, human beings with a taste for sugar. However, over time, a diet heavy in sugar may place you at risk of dying of heart disease, even if you aren’t overweight, according to a study published in JAMA Internal Medicine.

When you’re low in electrolytes (sodium, potassium, calcium, and magnesium), your heart’s electrical impulses go a bit haywire, which may cause your heart to race. There are several reasons why you might experience electrolyte imbalance. But the most common reasons are fluid loss from heavy exercise or physical activity, and vomiting and diarrhea.

Your heart may race for many reasons including stress, thyroid problems, over the counter meds, and even that decongestant you’re using. The important thing to remember is to breathe deeply. Doing so will help you relax until the racing passes. You can also splash a little cold water on your face to stimulate a nerve that controls the heart rate. But don’t panic, stress will only make palpitations worse. If your heart continues to race, talk to your doctor immediately. 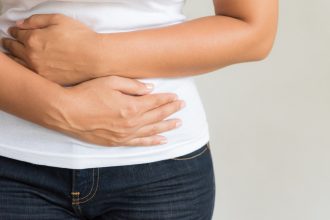 Help…I Am Bloated at Night, What Can I Do? 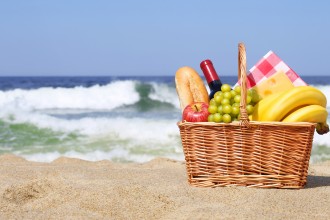 Debunked: Swimming After You Eat

Back Stiffness — A Protective Illusion? 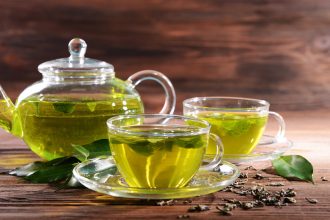 Why This is the #1 Tea to Be Drinking 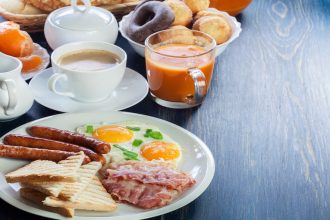