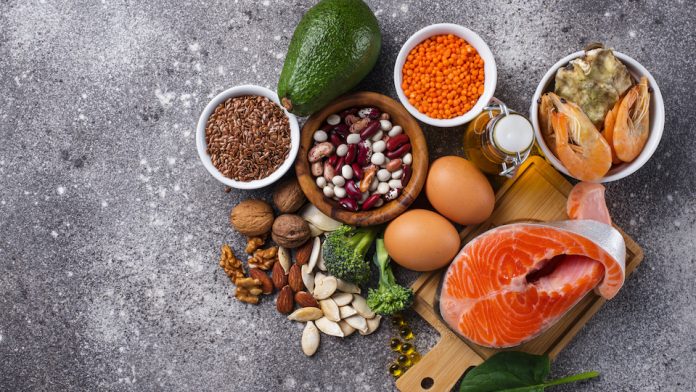 We’ve all heard about why omega-3’s are so important. They can protect your brain, reverse aging, prevent heart disease, and fight depression and anxiety. But what if you don’t enjoy eating fish? Or if you want to avoid fish-based omega-3’s in order to save the world’s over-stressed fisheries? The good news is you can still get plenty of this important nutrient without ordering salmon as your main. Here are four reasons to eat more omega-3’s, and the best non-fish sources to add to this week’s shopping list.

Omega-3 fatty acid is simply amazing for your health

This one simple nutrient performs multiple functions to protect and improve your health from head to toe.

Chronic inflammation has been linked to many prevalent diseases, including cancer, heart disease, and inflammatory bowel disease. Increased consumption of long-chain omega-3 fatty acids may reduce the risk of many chronic illnesses via regulation of the inflammatory response. This means that omega 3’s can also prevent and help treat many autoimmune diseases, including multiple sclerosis, rheumatoid arthritis, psoriasis, and colitis.

Omega-3 is crucial for brain growth and development in infants and linked to higher intelligence and fewer developmental problems. Several studies link higher omega-3 intake to decreased age-related mental decline and a reduced risk of Alzheimer’s disease. In addition, studies in both children and adults reveal that supplementing with omega-3 increases the length and quality of sleep, which supports a healthy brain and overall wellbeing.

Metabolic syndrome is a collection of conditions, including obesity, high blood pressure, insulin resistance, high triglycerides, and unhealthy cholesterol levels. It is a major public health concern because it is correlated with increased risk of many other illnesses, including heart disease and diabetes. Omega 3 fatty acids can improve insulin resistance, inflammation, and heart disease risk factors in people with metabolic syndrome.

Omega-3 can improve skin health in many ways, by managing oil production and hydration, reducing premature aging, and preventing sun damage and acne. It is responsible for the health of cell membranes, so it can also protect many other tissues in the body. Getting enough omega-3 can improve bone strength and joint health, and protect the health of organs such as the lungs and liver.

How to get omega-3 from non-fish sources

While there’s no standard recommendation for how much omega-3 we need, dieticians consider the Adequate Intake (AI) for adults to be 1600 milligrams (mg) for men and 1100 mg for women.

Fatty fish is the best dietary source of omega-3, but people can also meet the recommended omega-3 intake by eating plant-based foods, including omega-3-rich vegetables, nuts, and seeds. However, it’s important to understand the different types of omega-3’s in different foods. There are three main types of omega-3’s, which are called ALA, DHA, and EPA. Plant sources, such as nuts and seeds, are rich in ALA, while fish, seaweed, and algae can provide DHA and EPA fatty acids.

ALA, the most common omega-3 fat, is not biologically active until it’s converted into EPA or DHA, which are essential for good health. However, this conversion process is inefficient in humans, with only 1–10% of ALA converted into EPA and 0.5–5% into DHA. The efficiency of conversion also depends on adequate levels of other nutrients, such as magnesium and B vitamins, which are often lacking in a modern diet. In addition, the high amount of omega-6 in the modern diet may reduce the conversion of ALA to the active forms of omega 3’s.

Here are some of the best non-fish sources of omega 3’s and how to get enough of the best types.

Seaweed and algae are important sources of omega-3 for people on a vegetarian or vegan diet, as they are one of the few plant groups that contain DHA and EPA, which are normally only found in animal sources. Provided you’re getting enough ALA every day; your body will be able to convert more ALA to the other forms. However, research suggests that supplementing your diet with ALA doesn’t increase the level of DHA in the blood. Since DHA is most important for the proper functioning of your brain as an adult, DHA supplements derived from algae can be a good choice for those who don’t want to take fish oil supplements.

Many nuts and seeds such as hemp, chia, walnuts, and flaxseeds contain the type of omega-3’s called alpha-linoleic acid, or ALA. This form of omega-3 is partially converted to DHA and EPA in the body. Hemp seeds have the perfect ratio of omega-3 to 6 and have often been referred to as “nature’s perfect food”.

A top option is omega-3-enriched eggs, which have a natural form of DHA and EPA in them. Seafood and enriched eggs are the only omega-3 foods, besides algae, that can provide the biologically active forms, DHA and EPA.

While many fish, pound for pound, are the best source of the healthiest omega-3, any animal that eats grass will produce meat that contains omega-3. The reason why most beef, chicken, milk, and eggs are so devoid of omega-3 in the modern era is that they are fed a factory diet of corn and other manufactured foods these animals wouldn’t normally eat.

Up until about 100 years ago, animal foods were natural sources of omega-3 – and they still are, provided the animals have access to pasture. A diet devoid of fish can still be rich in omega-3, provided you eat food products from pasture-raised animals along with plant foods high in omega-3.

Lamb imported from outside America is almost entirely pasture-raised, and usually has decent amounts of omega-3. Milk, cheese, and meat from grass-fed cattle are once again commonplace, particularly at farmers’ markets. Chickens permitted to scratch for grass, seeds, and insects produce eggs rich in DHA. If you are comfortable eating ethically-raised animal foods, these could be a good choice to meet your required omega-3 intake.

Omega-3 fatty acids are vital for good health and support many processes and systems within the body. Eating a diet rich in different omega-3 foods, whether or not you choose to eat fish, will allow you to meet adequate levels of this important nutrient.